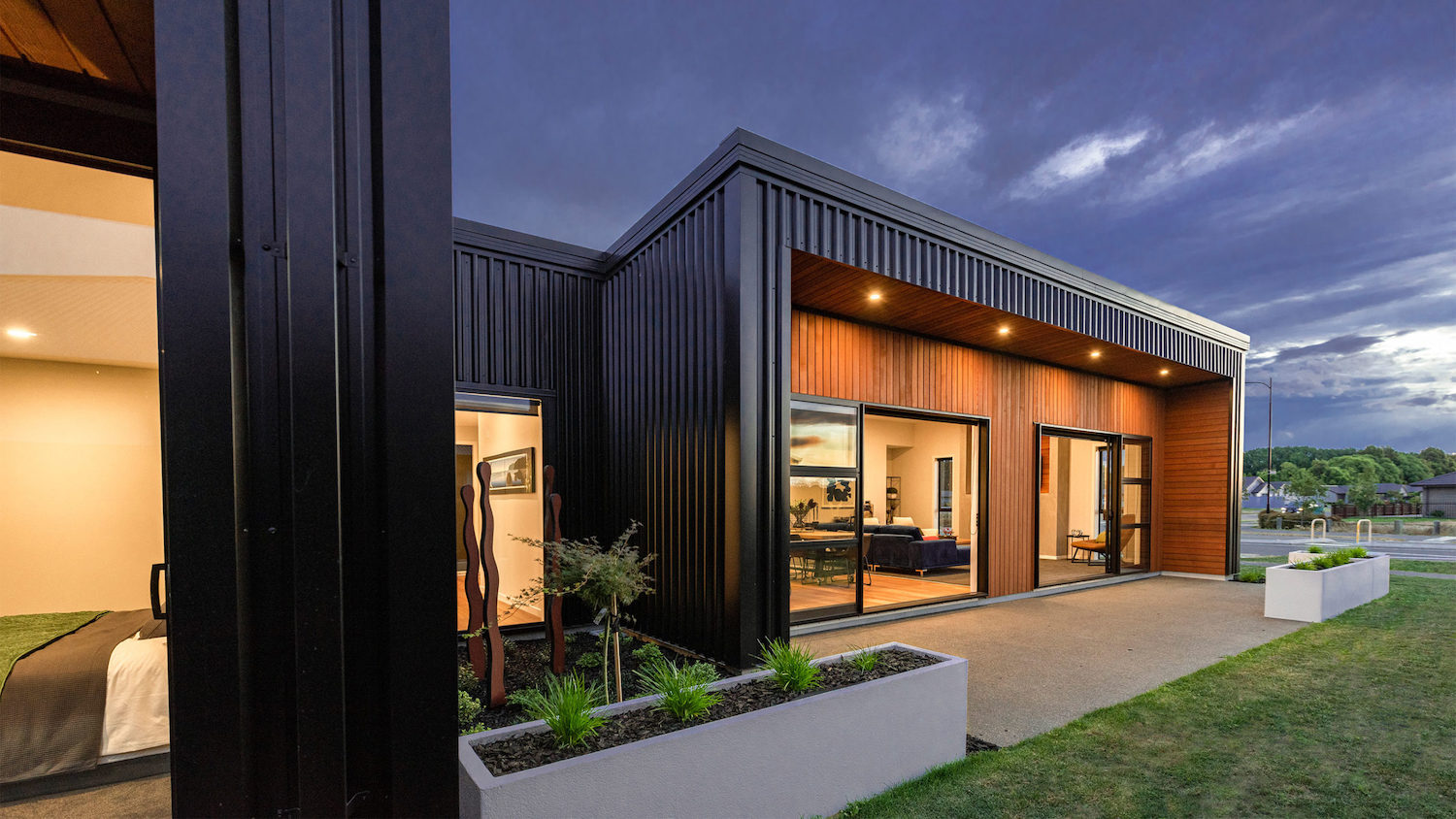 This national home builder saw an amazing lift in leads after scaling back their agency services and halving their marketing spend. They’re proof that effective digital marketing doesn’t have to cost a fortune.

Until about three years ago, Landmark’s national advertising had been “wholly and solely” on television, “which costs an absolute fortune, with no real ability to see what return we’re getting on that investment.” While TV stations assured her that millions were seeing their ads, Shelley felt that without a strong call to action, they had no ability to track leads, whether they’d come from TV ads, a show home drive-by or a home show.

“It was really hard to count, so we decided that we needed to branch out into digital.” Other than a Facebook page with a small following, Landmark had no real social media presence. Halving their TV spend and redirecting the money into digital, they focused initially on Google Adwords per their agency’s recommendations, with a bit of Facebook advertising thrown in.

“We weren’t really seeing a great bang for our buck there either, except for the fact that we could now see some analysis and statistics on what we were spending our money on. That’s when Theresa and Louise from Husk came into our lives and we changed to a much more content-driven focus.”

It didn’t take long for the new approach to make a difference: “Our website was humming with lots of regular blogs and updates,” she says. Under Theresa’s tutelage, Landmark disseminated targeted content via Facebook and is now branching out to Instagram, Pinterest and LinkedIn. “We’ve seen a real uplift in our contacts, with people specifically saying they’ve seen us on Facebook or one of the digital social platforms.

After an Adwords analysis by Theresa and her team, Landmark decided to scale back to about half of their previous spend. “We’re still getting much the same results, so the big spend was unnecessary to continue. The Facebook advertising that we’ve done in the last six or seven months with Theresa and her input, setting up these Facebook funnels, the results have gone absolutely off the scale—fantastic!”

Shelley reports more qualified leads, both in volume and quality. Their first Facebook funnel, which ran from January to mid-February, yielded spectacular results: “In a six-week period, we got half the leads we’d had in the previous full year!” Shelley now feels comfortable picking up the phone to ask questions, get answers, and “really have someone invested in our business, wanting to learn our business and see things from our side.

Theresa and her team have absolutely done that. It’s not pick up the phone and get an invoice. It’s, pick up the phone, have the conversation, talk about what we’re going to do. We’re all part of the same team, ultimately, which is really nice. We’re all out to have the same outcome. “I feel like I’ve learnt a lot from Theresa because she takes the time to explain things. Two or three years ago, we weren’t involved in digital at all, so it’s been a huge learning curve for us. I appreciate the time that she does take to make sure that I understand what she’s talking about or what her suggestion or recommendation is, what we’re going to do next month.”

Theresa also provides a monthly report with statistics on the promotions they’ve run as well as website traffic. She has made us think a bit more outside the square about how we do things, how we follow up with people, our sales process and systems. Over the past 12 months, we’ve had many conversations about that. “She’s very freely shared her knowledge and experience, which has allowed us to pick up on some things and decide that, actually, that’s what we should be doing.”

Because the new Facebook funnel model drove such a large volume of qualified leads over the last six months, “Our sales team has had to sharpen up their act, otherwise it would have been completely overwhelming. They’ve had to actually be process-driven and systematic.” Based on Theresa’s recommendations, Landmark also re-examined the functionality and layout of their franchisee websites. “We’re open to the advice, information and knowledge.”

The thing that stands out most?

“Theresa’s passion for what she does and the couple of different writers we’ve dealt with over the past 12 months. Everyone has really strived to make sure that the output is top quality and meaningful; it’s not just churning out articles left, right and centre. They’re focused on specific topics, and the end game is that we improve our website, we improve our social standing, we improve everything—and I think that we are, with your team’s help.”

Shelley describes the team as “passionate, knowledgeable and innovative.” I’m intrigued by the fact that Theresa is always on top of new technology. She’s always searching for something else to improve things or find better information, like a better program to analyse the data.” She also recognises the value of an outsider’s perspective: “It’s been really cool having someone who can look at the bigger picture.

We’re often very stuck in all the detail and day-to-day nitty-gritty of what we’re doing. To that end, she holds us to account to think about things a bit more broadly than we have in the past. “From her input, we feel like we’re more organised in terms of what we’re doing. We understand, we now have a content strategy, we’re putting it into place, we’re actually following a program as opposed to a scattergun type of approach. We’ve got some clear guidelines in place as to what we want to do; we’ve got a strategy and we’re actually implementing it.

“It made us toe the line in terms of moving forward but to a proper measured program. We were actually very disorganised before, so she’s helped us organise our thoughts, get the strategy in place and actually move it through the process.”

|
Since Creative Content came on board 12 months ago, Landmark Homes has seen its organic traffic double, from an average of 10,000 visitors a month to 20,000. Their ranking for relevant keywords has also increased, from 34 keywords in the top three positions to 49. Last but not least, a successful Facebook campaign we launched on their behalf generated more than 2,000 leads compared to 500 the previous year, under direction of their former agency. See Landmark Homes’ latest blog posts. 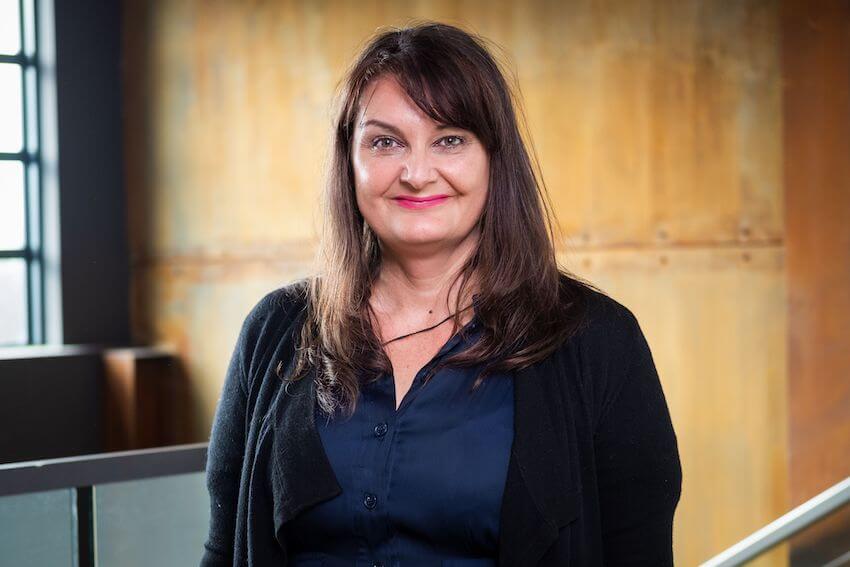 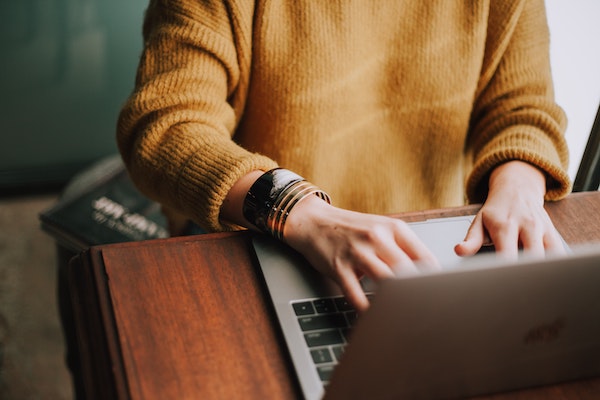 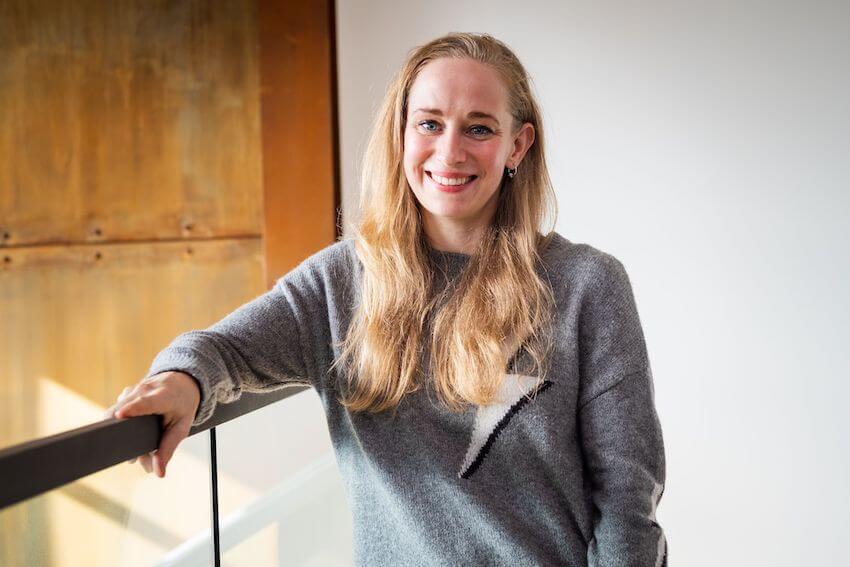 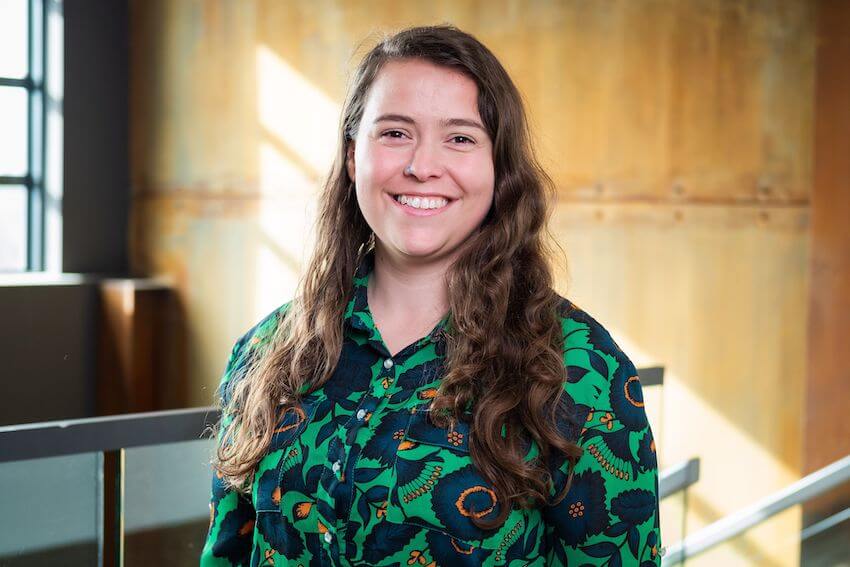 Check out some more of our work... 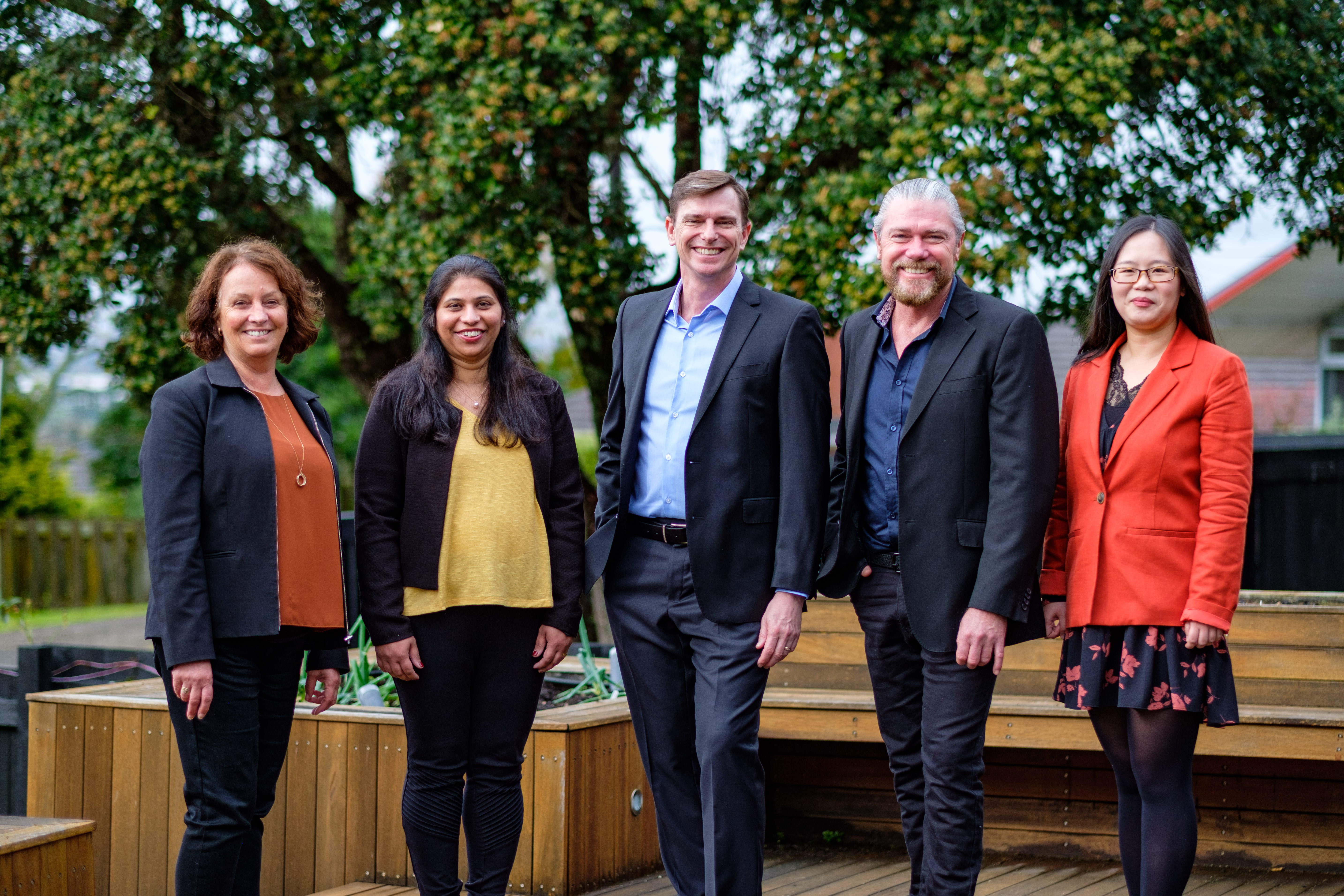 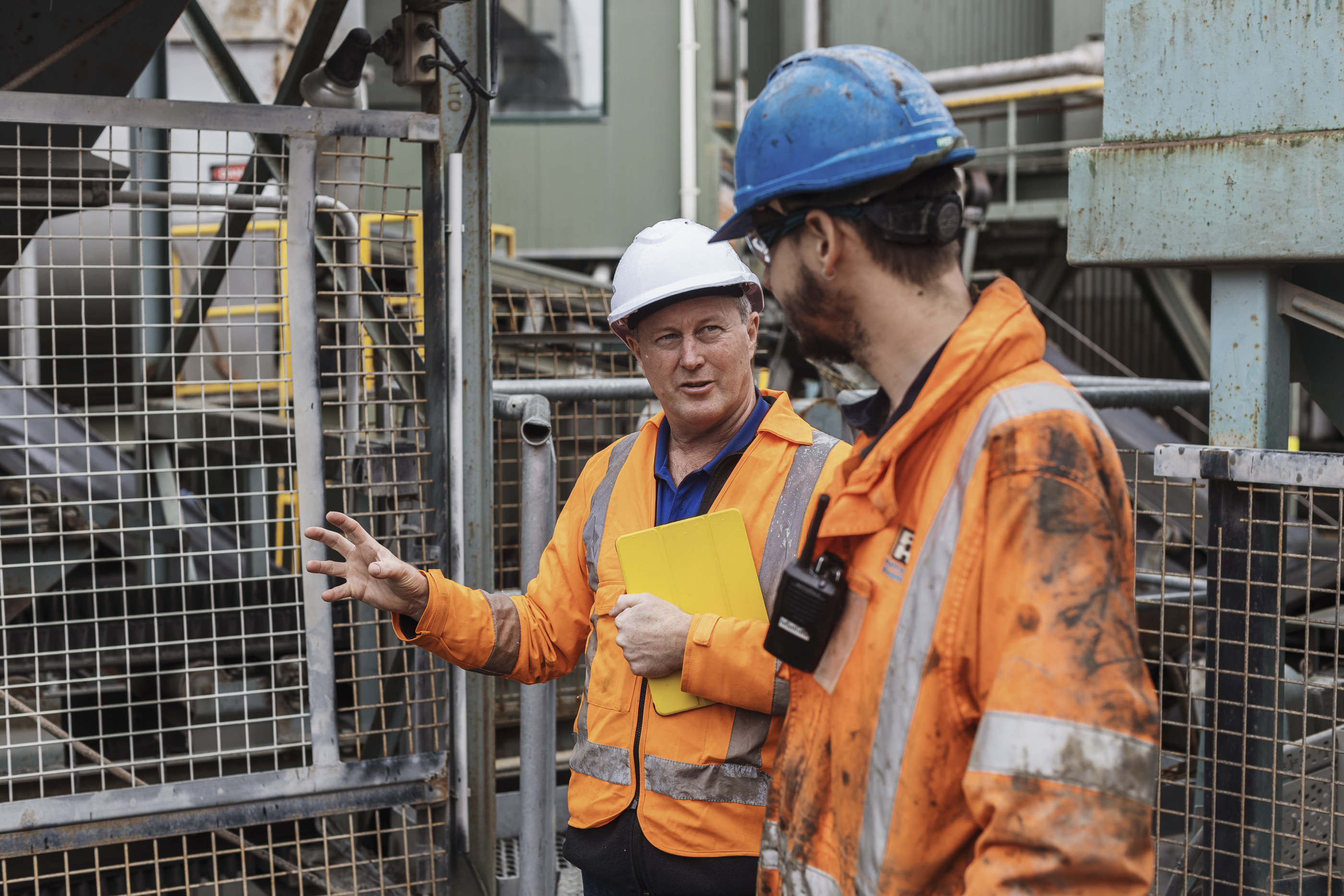 N2P had used marketing consultants in the past, but the standard needed to be raised. That's why owner Niki Johnstone turned to Creative Content for help.
Strategy
Content
Link to Content
Conversion copy, Google Ads, Technical writing

Ready to get started?

Contact us today for a free one-hour strategy session and let’s see if we’re a good fit.

Get in touch now